Demas: Who Loved This Present World 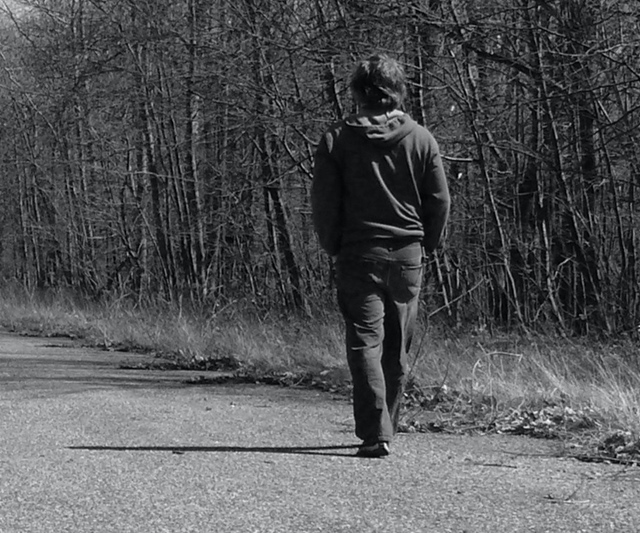 Sometimes the Bible contains short expressions that become the subject of volumes of printed pages with each new generation.  I think of the question God asked to Adam and Eve after their disobedience in the Garden of Eden. The first couple were the crown of God’s creation and had experienced unhindered fellowship with God. Now, in paradise lost, they are hiding in the bushes, fearful and ashamed. God asks, “Where are You?” (Genesis 3:9)

In the Gospel of John, as John describes the scene at the death of Lazarus. In an economy of words, the text reads, “Jesus wept,” (John 11:35) Not only is it the shortest verse in the English Bible, but it pulls from the deepest reservoirs of theology. The tears of Jesus on this occasion were an expression of pain for the devastating effects of sin on the human race, but the episode ends with a resurrection hope through Christ who is the resurrection and the life.

Another short phrase that has gripped me this week is found in 2 Timothy 4:10 which reads, “For Demas, in love with this present world, has deserted me and gone to Thessalonica.” Paul’s take on Demas’ defection was that he loved the offerings of this world more than the demands of following Jesus Christ. When given the opportunity, Demas was gone!

One of the greatest challenges in the Christian life is to live in the world, and at the same time not be of the world.  In John 17, Jesus poured out His heart to the Father as He prayed for Himself (vv. 1-5); for the disciples (vv. 6-19); and for those who would believe (vv. 20-26). In this heart cry to the Father, Jesus said, “I do not ask that you take them out of the world, but that you keep them from the evil one. 16 They are not of the world, just as I am not of the world.”

Demas serves as a warning to the slow fade of apostasy.  If we are not in the steady discipline of renewing our minds through personal worship and engaged Body life, we can get tired of serving, tired of the battle. We can grow weary of temptation and say, “I’ve had enough, and I want to coast in the world.”

Paul’s reference in 2 Timothy 4 is not the first mention of Demas. We read in two other New Testament references that Demas was part of Paul’s ministry team. In Colossians 4:14, Paul concludes the letter with these words, “Luke the beloved physician greets you, as does Demas.” And in Philemon, Paul writes, “Epaphras, my fellow prisoner in Christ Jesus, sends greetings to you, 24 and so do Mark, Aristarchus, Demas, and Luke, my fellow workers.” (vv. 23,24)

Demas experienced a spiritual slide because of changes within.  Paul describes the shift within Demas as a love for this world. If our passions and emotions are driven by the world’s agenda and the values of this world’s system, we can expect to be very conflicted.

Paul uses the word “agape” to describe Demas’ love for the world. Interestingly in context, Paul contrasts in v. 8 those “who have loved (agape) his (Christ) appearing,” with Demas in v. 10, who was “in love (agape) with this present world.” Demas was allured by the lust of the flesh, the lust of the eyes, and the boastful pride of life which were no match for the temptations that led to his implosion.

Perhaps he came to the place where he resented Paul’s life and teaching. For the cause of Christ, Paul was constantly in trouble and enduring hardship. (2 Corinthians 11:23-28) Such a life was promised by Jesus and exemplified through Paul’s faithful ministry.

Erwin Lutzer describes the cost of associating with the Apostle Paul and how it was more than Demas could bear:

“Just imagine yourself in Demas’ sandals, totally identified with a man (Paul) destined for execution. I doubt if many of us could handle the derision heaped on someone like Paul, and by association upon Demas. So we should not be surprised that as he left Paul one day he thought, ‘I’ve had it. I simply am not strong enough to handle the continued identification with a prisoner doomed to death. I’ve got a full life to live, and I simply must choose my friends better or I will never get ahead.’ And he simply kept on walking…walking…all the way to the ship that took him to Thessalonica.”

Paul had mentored Demas, loved Demas, sacrificed and given to him. However, the pressures of this world demand allegiance and are competing forces for the reign over our hearts. Ultimately the day of reckoning came and Demas left Paul and presumably the path of obedience for the comforts of Thessalonica.

Hebrews 11 contains one commentary after another of those who walked by faith. In the section that contains the testimony of Moses, we read, “By faith Moses, when he was grown up, refused to be called the son of Pharaoh’s daughter, 25 choosing rather to be mistreated with the people of God than to enjoy the fleeting pleasures of sin.”

Moses was living for the pleasure and reward of God. Are we?

It is true that ministry that costs you nothing accomplishes little to nothing. The call to follow Jesus Christ is a call to die daily. We are promised that this present suffering doesn’t compare to the eternal weight of glory that awaits the believer. The story of Demas is a warning to guard your heart. Keep standing strong in the grace found in Christ Jesus, and live each day in obedience to your Sovereign Savior.

Applying Wisdom and Truth For A Changed Life

The Murder of Jesus Chapters 9-12