Saved! A Look at Our Salvation.

This week, we begin a series which will take a good look at what it means to be saved. Along the way, we'll examine the various parts of salvation and the Ordo Salutis (the logical order of salvation). Today, we’re going to ask some important questions about salvation: What are we saved from? Who does the saving? How does salvation actually take place? For what purpose are we saved?

One scripture passage that gives some insight on our topic is Titus 3:

He saved us, not because of works done by us in righteousness, but according to his own mercy, by the washing of regeneration and renewal of the Holy Spirit, whom he poured out on us richly through Jesus Christ our Savior, so that being justified by his grace we might become heirs according to the hope of eternal life.

The Greek word for saved means to deliver or to protect. So what are we being delivered from? Often, we say that we are saved from our sin. That is certainly true- Matthew's Gospel tells us that the Savior would be named “Jesus” because he would save His people from their sins. Of course, that is true, but there is also a deeper implication:

We have to be saved from sin because we serve a holy, pure, perfect God. If He were not totally set apart from sin, our sin would be no problem- and we would not need salvation. But the scripture tells us that we face a coming judgment because our sin has offended Him.

Some people struggle with the idea that a "small infraction" could result in an eternal punishment.

But there is a huge error in that way of thinking. It's not that the sin is so big on its own- its that the holiness of God is so great. That's because the measurement of an offense is not only determined by the infraction, but by the greatness of the offended party. So, the “little problems” that we count as insignificant reveal the error of our thinking: We underestimate God's holiness, and subsequently, the size of our problem.

Titus 3:5 tells us, “He saved us.” Which "He?" Verse 4 names Him, “God our savior.” Verse 5 then goes on to say: God saved us, and he did so according to his mercy. “...not because of works done by us in righteousness, but according to his own mercy” So our salvation is not just something that He does, but is totally bound up in His character.

The judgment is coming because of His character.

Redemption is necessary because of His character.

Salvation is possible because of His character.

Are there... mechanics of salvation? How exactly does salvation work and apply to individuals? These are good questions with complex answers!

There are indeed different "elements" of salvation. Paul mentions several of them here, in Titus 3: Regeneration in verse 5, and justification and adoption (since he names us heirs) in verse 7. The Bible also points to more elements of salvation:

Calling – The summoning offer of the gospel

Regeneration – New life given by God

Conversion – The willing response to the offer of the gospel

Adoption – Made sons (and heirs!) of God

Perseverance – Preserved by God for eternity 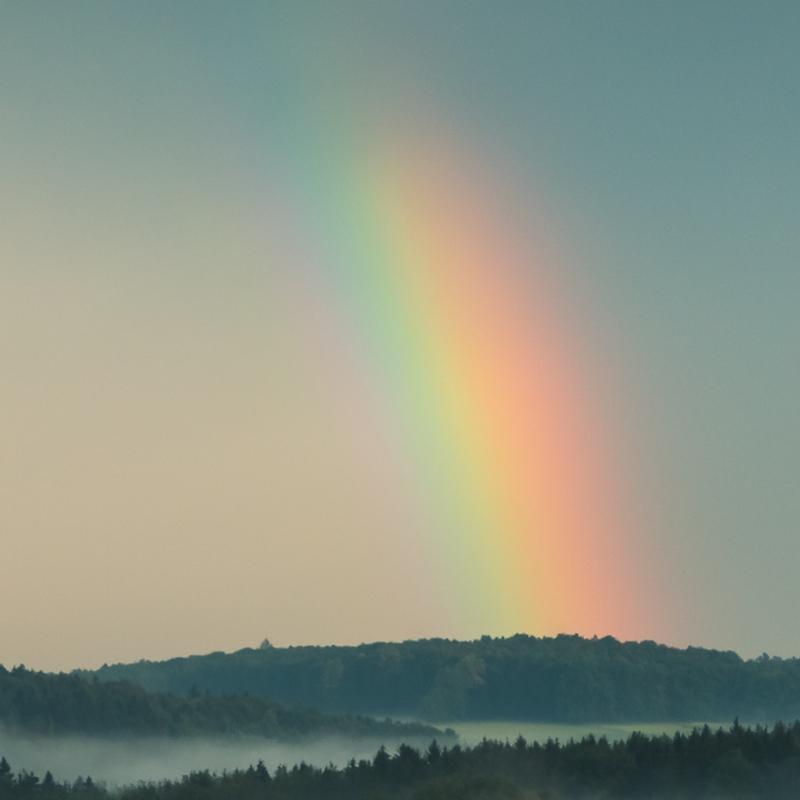 All of these so-called elements are different- but interrelated. Some are instantaneous. Some are progressive. Some are God’s work alone while others include our effort, as well. Personally, I like to envision these elements as a rainbow. One bow -one thing of breathtaking beauty- made up of individual bands of color… and if you look closely enough… billions of individual droplets of water. I think salvation is somewhat like that. When God saves us, he does countless thousands of distinct works in our lives that make up a beautiful whole.

Saved, for What Purpose?

In verse 7, Paul writes that all of this happens so that “we might become heirs.” Heirs means "to inherit" or "possess by lot." Why would God want to make us heirs? Why would He want to show us "the immeasurable riches of his grace (Eph 2:7)?" Why demonstrate His philanthropy to sinners like us?

He has done so for the only reason I can ever give for anything He does: For His glory; That His Name would be made great. That we would spend eternity celebrating Him. He doesn’t save us to make us look great. He saves us because He is so great. So we are the happy children of a God who is holy and just, while at the same time gracious and merciful. In the coming weeks, we'll look at how that grace and mercy is applied in each element of salvation.

Living for Jesus in a Divided Nation