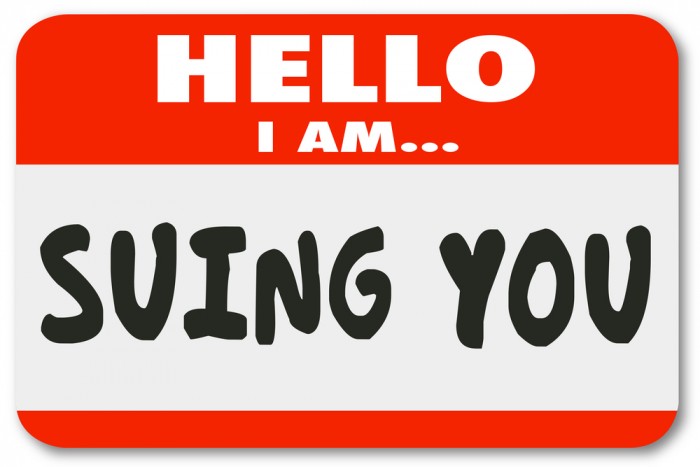 I did a lot of highway travel this summer and have been amazed by the glut of attorney advertisements along the interstates of this fruited plain. I began to think that if I were a visitor from another country (or another planet), and I was trying to determine what was important in this culture, billboards and television commercials would indicate that having an aggressive attorney is one of the most important resources that I could have.

We live in a lawsuit-crazed culture where advertisements for attorney services appeal to your right to file a suit against another. The appeals are incredible, and at times shameful:

“Have you got your check yet?”

“After you have been injured, there’s only one place to turn…”

An attorney is often the first person someone calls after any scrape or conflict. Without question, there are times and circumstances when we need an attorney, but for the Christian there are many things to consider with regard to lawsuits, especially when it pertains to another believer.

In I Corinthians 6 the Apostle Paul addresses yet another problem in the Corinthian congregation. These opening chapters of I Corinthians contain strong correction for a carnal church. In chapter 6, we learn that these believers were in the practice of launching lawsuits against each other like a little boy sending paper airplanes from a balcony. They were taking their personal grievances against one another and airing them out in open court in the city central.

Let’s be clear, Paul is not attacking the courts (Romans 13:1-7). His concern is with believers who use the court system as a platform for their grievances against one another. This is devastating because when this happens the witness of Christ is taken into the mud.

When Grievances Come Among Believers

In the Church of Corinth, the culture had soaked into the fabric of the Church in two crippling ways. The church’s witness was plagued by sexual immorality (I Cor. 5) and by forbidden lawsuits (I Cor. 6:1-8).

Paul argues that in light of their destiny in Christ, namely to rule and reign with Him, couldn’t they find someone in the ranks of the church to help mediate the dispute? The question begs for an affirmative answer. Yes! In light of the believer’s destiny shouldn’t we follow our Savior who declared that citizens of the Kingdom were to be peacemakers, and would be blessed because of it? (Matthew 5:9)

From our destiny in Christ, Paul moves to a practical consideration in dealing with all temporal matters by asking the question, “Is it really worth it?” If my life is to be a reflection of God’s grace and glory, shouldn’t I be willing to take a loss rather than insist on my rights by filing a suit against another believer? Again, the answer begs for an affirmative.

I realize there are a thousand contingencies that come to mind, and should be considered, but the driving conviction as it relates to our response to another believer should be to honor Christ and love the brethren.

Ken Sande has produced a wealth of helpful material on the pursuit of reconciliation (www.peacemaker.net), and he writes candidly, “Civil ligitation is one of the most brutal ways we can attack each other….Lawsuits often fail to complete justice. Litigation might resolve a problem, it never achieves reconciliation.”

Many decisions in the Christian life are beyond simple answers and require a prayerful reflection on deeper questions:

-How would Jesus Christ be most glorified in this decision before me?

-What is Christ calling me to do?

-What is at stake if I press forward?

-Would it be best to take a loss? To be defrauded and trust instead in God’s record keeping system of all things?

Since followers of Christ are called to live otherworldly, counter-culturally, Kingdom-mindedly, then putting aside lawsuits would be a refreshing response in the present climate. Certainly as lawsuits involves other believers, we must remember that something greater is at stake, namely the testimony of Christ who in an amazing demonstration of grace condescended from the riches of heaven, and for our sake became poor so that by his poverty we might become rich. (2 Cor. 8:9)

So for the Christian, when conflict comes, and it will, call upon Christ first. His opinion matters most.