There is a Shark in the Tank, and for Good Reason 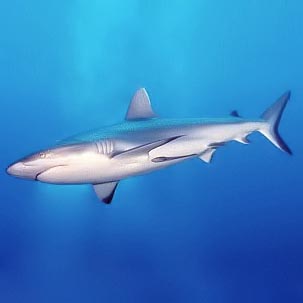 I once read of a British fisherman who would troll the North Sea for mackerel. His fishing expeditions would yield abundant catches, but because it was before refrigeration, many of the mackerel would die on his trip back to market.

On one particular trip, the fisherman caught a small shark in one of his nets and had to dump it into the tank along with the other fish. The shark chased the other fish and kept them moving throughout the remainder of his voyage to shore.  When he arrived back, the fisherman discovered to his surprise that there was not a single dead fish in the holding tank. The mackerel had been forced to move around to avoid the shark that they didn’t have time to die!

I will always be amazed at how God places sharks, as it were, into the tank of our lives.  To be a follower of Jesus Christ doesn’t mean that we will be carried to skies on flowery beds of ease. In fact, one of the most unpopular promises given to believers in the New Testament is that sometimes following Christ means trials, persecution, sufferings, and excruciating loss.

However, we are given incredible promises from God’s word to encourage us when the trials are intense and the chase is exhausting. Some that come to mind:

Isaiah 26:3-4 “You keep him in perfect peace whose mind is stayed on you, because he trusts in you. 4  Trust in the LORD forever, for the LORD GOD is an everlasting rock.”

Romans 8:28- “And we know that for those who love God all things work together for good, for those who are called according to his purpose.”

James 1:2-4- “Count it all joy, my brothers, when you meet trials of various kinds, for you know that the testing of your faith produces steadfastness.  And let steadfastness have its full effect, that you may be perfect and complete, lacking in nothing.”

Malachi, the prophet, said that God refines His people with a Refiner’s fire. A fire with purpose to burn off the dross and purify our lives. Through it all we are promised His very presence. For several centuries believers in Christ have sung the words below to remind and comfort when there is a shark in the tank.

When thro’ fiery trials your pathway shall lie,

My grace, all-sufficient, shall be your supply;

The flame shall not hurt thee, I only design

Your dross to consume, and your gold to refine.