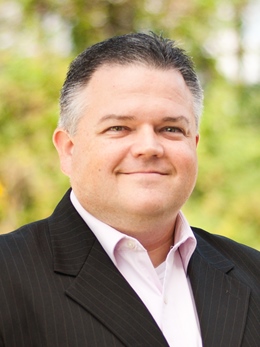 What is the evidence that a person has been truly converted?

2 Corinthians 5 tells us that a person who is genuinely converted is spiritually transformed. This person is a new creation, the old has passed -and is continuing to pass- away. One way that we see that is in the new heart: the person begins to have a completely different set of desires than he or she did before. God gives "a new wanter" - the newly converted believer begins to want the things God wants, and begins to hate the things God hates. So there is a strong connection to repentance, as well. When this new believer discovers something within his or her self that is displeasing to the Lord, a real struggle begins to have mastery over that thing.

So a new convert isn't perfect; not by any means! No Christian is. But no genuinely converted Christian can carry on in a lackadaisical attitude about their sin.

In Romans 6, Paul gives some incredibly helpful teaching on this subject.

How shall we who died to sin still live in it? Or do you not know that all of us who have been baptized into Christ Jesus have been baptized into His death? Therefore, we have been buried with Him through baptism into death, so that as Christ was raised from the dead through the glory of the Father, so we too might walk in newness of life. For if we have become united with Him in the likeness of His death, certainly we shall also be in the likeness of His resurrection, knowing this, that our old self was crucified with Him, in order that our body of sin might be done away with, so that we would no longer be slaves to sin; for he who has died is freed from sin.
-Romans 6:2-7

So repentance is more than reluctant obedience or religious exercise. It’s a change of nature- the old nature has died and something that is new, something free from the slavery to sin, has taken its place. Galatians 2:20 is similar, and even more personal: Paul says, “it is no longer I who live, but Christ lives in me.”

The change is also lasting and ongoing. The genuine convert continues in repentance. If we keep reading Paul's words in Romans 6, we see:

Even so consider yourselves to be dead to sin, but alive to God in Christ Jesus. Therefore, do not let sin reign in your mortal body so that you obey its lusts, and do not go on presenting the members of your body to sin as instruments of unrighteousness; but present yourselves to God as those alive from the dead, and your members as instruments of righteousness to God. For sin shall not be master over you, for you are not under law but under grace. -Romans 6:11-14

So the evidence of conversion is a new person, who is continuing to turn from sin; and continuing to place their faith in Christ. That leads to all kinds of fruit: peace, hope, victory, confidence. One I’d mention in particular is joy.

Another beautiful work that God does in the heart of the convert is to place Himself above all other things. Higher than any other goal, higher than any other happiness or pleasure. The converted one has a newfound delight in knowing and experiencing God. It is just the beginning of an eternal, indescribable satisfaction that comes from attaining that which is desired above all other things... That is what happens in the heart of a convert! God establishes Himself as the greatest desire- and then allows Himself to be had. Now in part, in fullness later. That kind of fulfillment leaves a mark:

“Delight yourself in the LORD;” says David, “And He will give you the desires of your heart.” -Psalm 37:4

Augustine said of his own conversion:

Of her conversion, Kirsten Powers wrote,

Everything had changed. I’ll never forget standing outside that apartment on the Upper East Side and saying to myself, “It’s true. It’s completely true.” The world looked entirely different, like a veil had been lifted off it. I had not an iota of doubt. I was filled with indescribable joy.

We are converted when Christ becomes a treasure in whom we find so much delight that trusting him, obeying him, and turning from all that belittles him becomes our normal habit.

The kingdom of heaven is like a treasure hidden in the field, which a man found and hid again; and from joy over it he goes and sells all that he has and buys that field. -Mathew 13:44

Are you converted? Have you placed your faith in Christ alone and repented of your sin? If that’s a difficult question for you to answer- maybe another would help: Has Christ become your joy? If not, seek Him today. Pray and read the Scripture. Turn from your own way and follow Him. Trust in Him alone to save you. Today is the day of salvation!