Flipping the Script on the World's Agenda 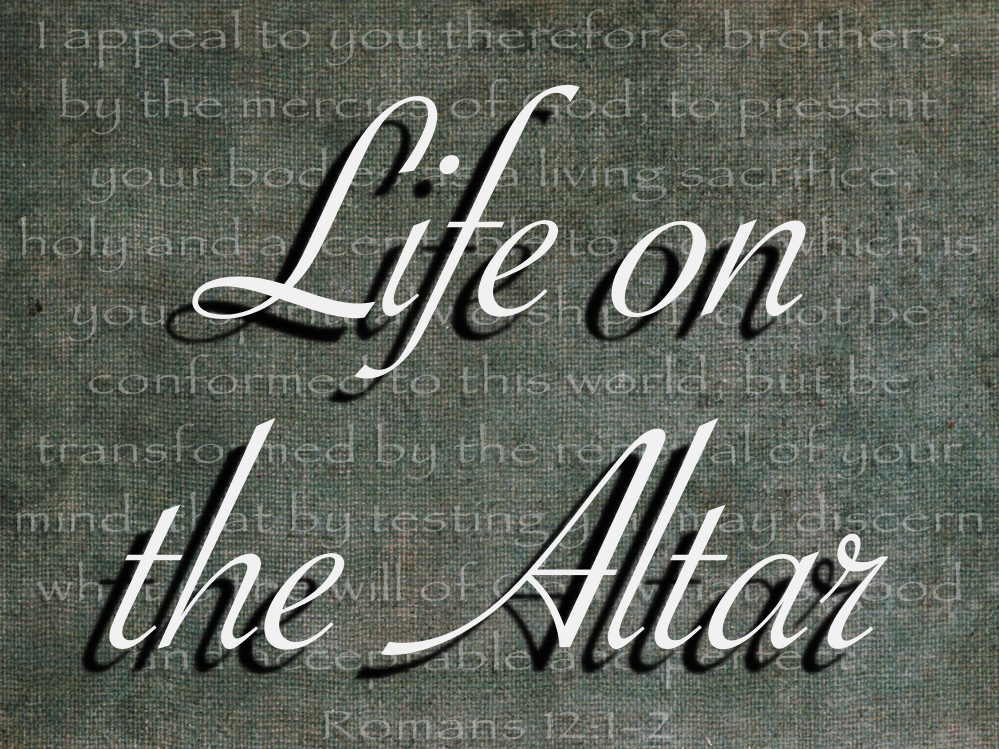 Timothy Lane and Paul Tripp in their very helpful book, How People Change, introduce their readers to a man and his wife, “Phil” and “Ellie.” Phil was not only familiar with Scripture and systematic theology, but also boasted of an extensive library of biblical commentaries by the “who’s who” of theological writers.  Yet, even with this impressive spiritual resume, there was something wrong with Phil’s life.  Lane and Tripp wrote, “If you were to turn from Phil’s library and watch the video of his life, you would see a very different man.” (Timothy S. Lane and Paul David Tripp, How People Change. New Growth Press: Greensboro 2008, p. 1)

What did Lane and Tripp mean? Well, Phil gave the appearance that all was in order. “He had the theological dexterity of a gymnast, but he lived like a relational paraplegic.” (Ibid, p. 1)  His marriage, while outwardly portraying health, was really on a lifeline because of his harsh and impatient responses to his wife.  His relationship with his children was distant at best. He was not satisfied with his job, and one could assume that he was in a constant scrimmage with his boss(es).  What was unstable in these areas was also true of church life where he was working on his fourth church in three decades. Despite his outward persona of being a mature believer, his problems siphoned off time and power for meaningful ministry.  Love, grace, and joy were not the fruit of Phil’s life.

From the outside, no one would have guessed this disparity in Phil’s life. This seemed to add to Ellie’s frustration with the church. Because no one understood what Phil was really like, Ellie had to fight bitterness when he was asked to lead a Bible Study or take a leadership role. When things began to unravel and they final pursued counseling, “They had given extensive history of their situation, yet there was little or no reference to God. Here was a theological man and his believing wife, yet their life story was utterly godless.” (Ibid, p. 2)

Lane and Tripp called this discrepancy the “Gospel Gap,” which they defined as “a vast gap in our grasp of the gospel. It subverts our identity as Christians and our understanding of the present work of God.  This gap undermines every relationship in our lives, every decision we make, and every attempt to minister to others. Yet we live blindly, as if the hole were not there.”(Ibid, p. 2)

I believe Romans 12 provides insight into how the gap is closed between what we know and how we live. The opening verses in this monumental chapter give to us an explanation of the Christian life from different perspectives. In v. 1, we have a graphic picture of our lives given to God as living sacrifices. This offering of ourselves to God captures all of life and is indeed defined as true spiritual worship. In v. 2, we read of a transformation by the mercies of God found in Christ and nurtured by the renewing of our mind.  The fruit of such surrender is living and doing the will of God.

How do we truly change? How do we close the Gospel Gap in our lives?

Interestingly, the word “acceptable” is mention in both verses and seems to connect the idea of presenting our bodies to God as an acceptable sacrifice in verse 1, and pressing forward in obedient living to do the acceptable will of God in verse 2. In the second verse Paul gives two commands: One negative, “Do not be conformed to this world” followed by a positive command, “but be transformed.” Here we find biblical counsel on how to close the “Gospel gap.” We should live determined to be Christ-followers who are experiencing ever-increasing transformation on our journey that ends at the Savior’s feet.

In this post, I would like to look at the first of Paul’s commands here in v. 2.  How do we determine our conformity to the world? How do we flip the script on the world’s agenda in our lives?

Flipping the Script on the World’s Agenda

When one comes to know the Lord Jesus Christ, he or she begins to love what Christ loves.  The wonder and miracle of the new birth gives the believer a new nature, with new desires, and a new calling.  I am drawn to scenes from the Gospels which show the power of Christ to transform. Matthew 9 is probably my favorite chapter in the Gospels because it seems to chronicle the events of a single day in the ministry of Jesus. From one varied situation to another, Jesus is healing, delivering, instructing, caring, and calling people.  In verse 9, Jesus passed by Matthew the tax collector who was servicing his tax booth. Jesus said to him,“Follow me. And he (Matthew) rose and followed him” (Matthew 9:9).

What was true of Matthew in the first century is true with every believer regardless of their place in history. To be a Christian is to hear the voice of Christ and follow him in wholehearted obedience (Luke 6:46). To be named among God’s redeemed means that we have a call on our lives. We are not our own. We have been bought with a price and are therefore called to glorify God in all that we do (I Corinthians 6:20).

Such a call means that we are no longer living according to the agenda of this world’s system but are following in the marks of his wounded feet. Paul is urging, indeed commanding, that we not be conformed to the wisdom of this age.

In this negative command, “Do not be conformed to this world,” the emphasis is on avoiding allegiance to the patterns and schemes of this age. The New Testament gives us clear warnings to avoid the cares, temptations, and desires of this age which operate contrary to God’s sovereign rule. As the parable of the sower reveals concerning the seed which fell among thorns, “…this is the one who hears the word, but the cares of the world and the deceitfulness of riches choke the word, and it proves unfruitful” (Matthew 13:22). We live in a world system at odds with the One who created it all and to whom everyone is accountable.  We should not be surprised at this tension and struggle as Satan is called by Paul the “god of this world” (2 Corinthians 4:4).

So, how do we flip the script on the agenda of this world’s system?  That can be a daunting task as we have been nourished on thinking and habits that flow naturally in us and through us.  R. Kent Hughes wrote of this challenge, “Sometimes it is difficult to know when we are conforming because there are many good things in the world.”

Often when Christians think about not conforming to this world, we are often drawn to assemble a list of things that we don’t do as a statement of our nonconformity to the world. But lists of forbidden behaviors vary among believers and always miss the point, and worse, they inevitably breed a pharisaical attitude. As our consciences are informed by the word of God, we must stop doing certain things because it is not helpful to our walk with Christ.  There should be love and liberty among believers as we work these matters in our lives.

At the heart of not conforming to this world is the necessity for believers to put off sin in their lives and to put on the Lord Jesus Christ. Paul’s statement in Ephesians 4:20-24 serves a helpful commentary in navigating the shoals of this world’s agenda:

“But that is not the way you learned Christ!—assuming that you have heard about him and were taught in him, as the truth is in Jesus, to put off your old self, which belongs to your former manner of life and is corrupt through deceitful desires, and to be renewed in the spirit of your minds, and to put on the new self, created after the likeness of God in true righteousness and holiness.” (Ephesians 4:20-24).

This sound very similar to Romans 12:1-2! It is how we close the “Gospel gap.” As our minds are renewed by God’s truth, we see things that God wants to change.  Through the mercies of God found in Christ, we now have his power to put them off and we have new eyes to see what must change. It is not for the faint of heart, but it is the path that leads to true change for the glory of God.