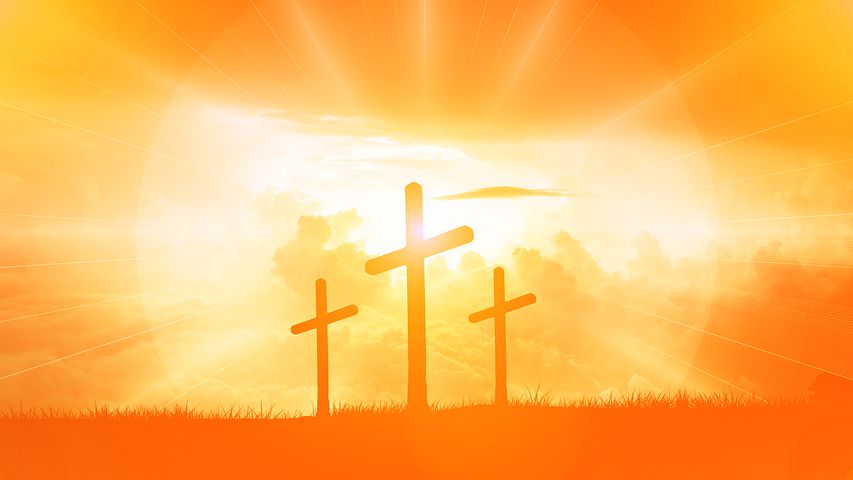 We are nearly a week removed from Resurrection Sunday, and my thoughts have gravitated to the first disciples who needed time to reflect and process. Much had happened in the final week of Jesus’ life as they considered what was accomplished on the cross and the subsequent resurrection of their Savior. When the women heard the angelic declaration, “He is not here, for He has risen,” (Matthew 28:6) Friday’s horror was overcome by Sunday’s victory.

The gospel accounts of Jesus’ final week are compelling.  The biblical account reveals that Jesus was the fulfillment of the promises given through the years of the coming Messiah who would give His life as a ransom for many. Jesus resolutely set His face to Jerusalem. (Luke 9:51), and He referenced His death to the disciples on several occasions.  However, Jesus’ comments about His death went over their heads, and they were unable to comprehend what Christ was saying.

In Matthew 16:21, for instances, “From that time Jesus began to show his disciples that he must go to Jerusalem and suffer many things from the elders and chief priests and scribes, and be killed, and on the third day be raised.” Peter responded by taking Jesus aside and rebuking Him for such a statement. Talk about a “Type A” personality!

Jesus rebuked Peter by saying to him, “Get behind me, Satan! You are a hindrance to me.”(Matthew 16:23) In essence, Jesus was saying to Peter, “You sound just like the devil to take me off mission. You don’t understand that I have an appointment in Jerusalem.”

When the events of Jesus’ arrest, crucifixion, and resurrection occurred, the disciples were still slow of heart to believe these things. (Luke 24:25,26)  Then came Pentecost, and the promised Holy Spirit descended in power to indwell every true believer, then and now.  The Holy Spirit gave insight and power to these once clueless band of brothers and sisters.

When the Apostle Peter preached at Pentecost, he emphasized the specificity of Jesus’ saving work; “this Jesus, delivered up according to the definite plan and foreknowledge of God, you crucified and killed by the hands of lawless men. God raised him up, loosing the pangs of death, because it was not possible for him to be held by it.”  (Acts 2:23,24)

Peter affirmed that the death of Jesus on the cross was not a botched effort. It was not a failed ending to a “do-gooder” life. On the contrary, Scripture presents the passion of Jesus of Nazareth as a definite plan which was birthed in the mind of God before the foundation of the world.

Acts 2 also gives insight into the question of free will and the purposes of God. Peter addressed the Jews gathered for this Pentecostal feast, and many were present when Jesus was tried and crucified. Peter charged them by saying, “you crucified and killed by the hands of lawless men.” In the crucifixion of Jesus, Pilate was doing what he wanted to do. The Jews were doing what they wanted to do. The Romans soldiers were doing what they were trained to do, and all the while God was fulfilling what He wanted done in providing redemption through the work of His Son.

Timothy George expressed this truth well when he wrote, “The cross was neither an accident of history nor a divine emergency measure. There was a cross in the heart of God from all eternity,” Scripture refers to Jesus as the “Lamb slain from the foundation of the world.” (Revelation 13:8)

Christianity is not a mere gathering for Christmas and Easter. The Good News of the Gospel brings transformation inwardly by the work of the Holy Spirit that in turn leads to a changed life. Because Christ lives, we live through Him, and salvation is a daily walk of faith. In writing to the Corinthians, Paul wrote, “if anyone is in Christ, he is a new creation. The old has passed away; behold, the new has come.” (2 Corinthians 5:17)

The Resurrection life is filled with moment-by-moment hope in the risen Savior. He is the resurrection and the life, and those who believe in Him will live even when they breath their last. (John 11:25) So, let’s press on in the power that raised Christ from the dead, and let’s run the race set before us keeping our eyes fixed on Him. (Hebrews 12:1-3)

Without the Shedding of Blood, There is No Forgiveness of Sin

The Murder of Jesus Chapters 9-12